You are the manager of a competitive club soccer team full of players with dreams of landing roster spots on college soccer teams. Your team has been accepted into a college showcase, and everyone is excited. The team has prepared, you’ve been reminding your players to contact college coaches, the recruiting flyers are looking great, and it’s time for soccer!

Here are tips for a team manager during a college showcase: 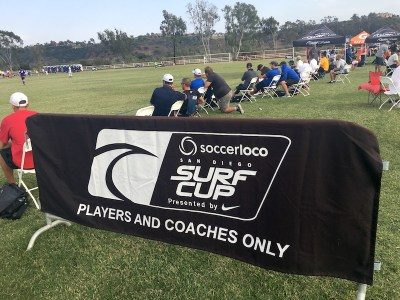 Most high-level showcases will have barricades on the sidelines that say “Players and coaches only.” Be sure you are clean-cut and wearing a hat or a shirt from your club so that you are seen as a team “official” when you walk past the barricades to give your flyers to college coaches.

When interacting with a college coach, keep it short and sweet. The coaches are there to watch the game and usually do not want to carry on a conversation.  A simple “Hi coach, here’s our recruiting info,” while you hand him/her the flyer is great.  If a coach wants to talk more, you will be able to tell. Let the college coach dictate whether or not the conversation goes any further.  He may want to know about a particular player.  She may want to talk to your team’s coach after the game. He may want you to just hand over the flyer and go away. 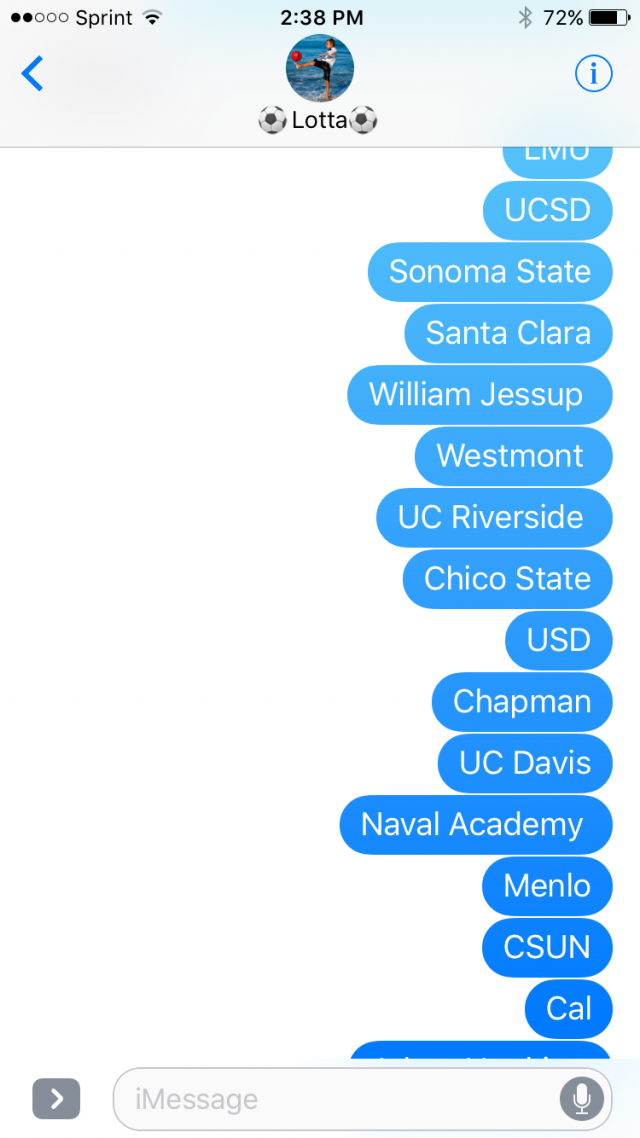 Every time you hand over a flyer to a college coach, make a note of it. Most college coaches will be wearing gear from their school, so identifying the college will be easy. Some coaches won’t be repping their school, so you’ll have to ask, “Which school are you from?” Have a pen & notepad handy so that you can keep a list, OR pull out your phone and text your co-manager the name of the college.  I’ve used both methods, and the text list ended up being the best way of keeping the list. My co-manager also had a stack of flyers, and we would text each other during the game, keeping the list going and making sure we knew which coaches we had covered.

At one game during the Surf College Showcase in 2016, we had over fifty college coaches watching!

After each game, send out a quick email to the team with the list of colleges that were watching the game. You probably won’t get names of the individual coaches, but that’s OK. When a player emails a college coach, the email should be sent to everyone on the coaching staff anyway.

College coaches at showcases have been known to hand their business cards to team managers or club coaches with a specific request about a particular player. If/when that happens, take a quick picture of the business card and text the picture to the parents and player with instructions to call that coach ASAP. (Or you can try to keep track of a tiny piece of paper long enough to hand it over to a mom or dad while juggling player cards and game reports.  Good luck with that. Trust me. Take a picture of the business card before it disappears.)

Take a moment to talk with your team’s coach privately about the game and the recruiting. In person, at happy hour, or over the phone, whatever.  Were there players that didn’t get to play when certain colleges were there? Did some coaches express extra interest in particular players? Talk about all of this with your coach so he/she can follow up accordingly.

Remind your players to contact coaches of schools that interest them — SOON!  College coaches have told me that they are inundated with emails and phone calls during the week leading up to a big showcase, but they don’t get a lot of emails during the actual showcase. This is a great opportunity for an email to stand out! If one of your players is interested in one of the schools that was watching a game, an email definitely should be sent that day (especially if that player did well in the game).

Ultimately, a player will earn his/her own spot on a college roster, but there is no doubt that a team’s support staff can be an enormous help in getting players exposed to college coaches during soccer showcases.

Good luck! (and don’t get hurt)